Cod dinner at the Ghost Restaurant

Once upon a time, in a small country village by the name of Candelara was a family-run osteria.

Nothing too fancy, it was just a small establishment smack in the middle of the village. And in its day it was quite famous for cod, one of the staples of Italy’s rural winter cuisine. Five and twenty years ago the osteria closed forever, surviving only in the memories of those who had known it.

Legend has it that in the first decade of November, if the moon is just right, and the night is just rainy and foggy enough, the osteria’s windows will once again show through the fog for one night more and one night only, and welcome old friends and total strangers alike, for free, with those same flavours, those same recipes as when life flowed through its rooms.

Yesterday was just such a night. Rainy, foggy, and with a moon that would be almost full were it not hidden by clouds. In such a night we dined at the Ghost Restaurant (whose name was “da Baffon“, at the moustached man’s), old friend and strangers, united around a table, sharing stories, tales of foods past and present, before returning each and all to our respective lives once the sun would rise.

This was of course the first, limited-attendance special event of “Un paese e cento storie“,  And here is the visual account of it.

A house? A pub? No, it’s the Ghost Osteria 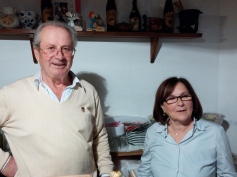 Our host and hostess

Photos of friens of 25 years ago, when the Osteria was alive

Photos of friens of 25 years ago, when the Osteria was alive 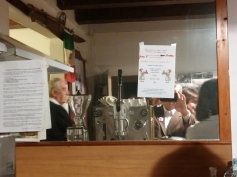 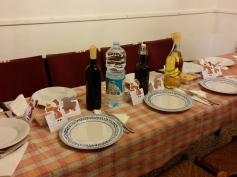 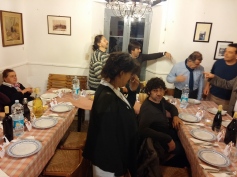 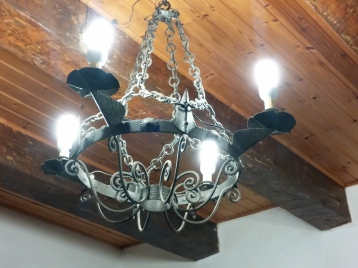 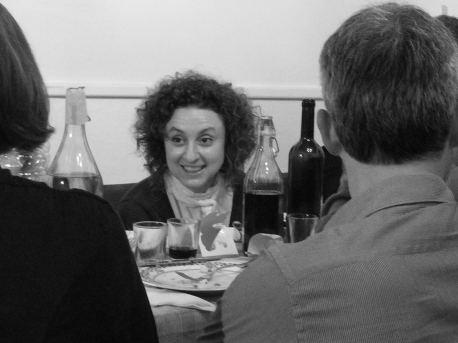 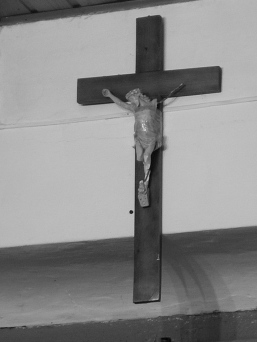 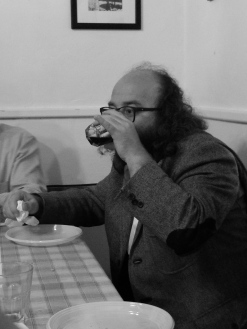 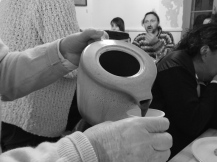 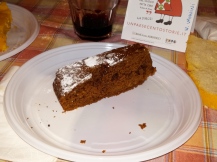